How long does it take for a snake bite to kill a dog?

A question we often hear is can a dog survive a snake bite without treatment? Unfortunately, the answer is almost always yes. But how quickly they receive treatment is key to their recovery. There are a number of factors which contribute to how quickly symptoms present and how long until the bite becomes fatal. These include:

The type of snake 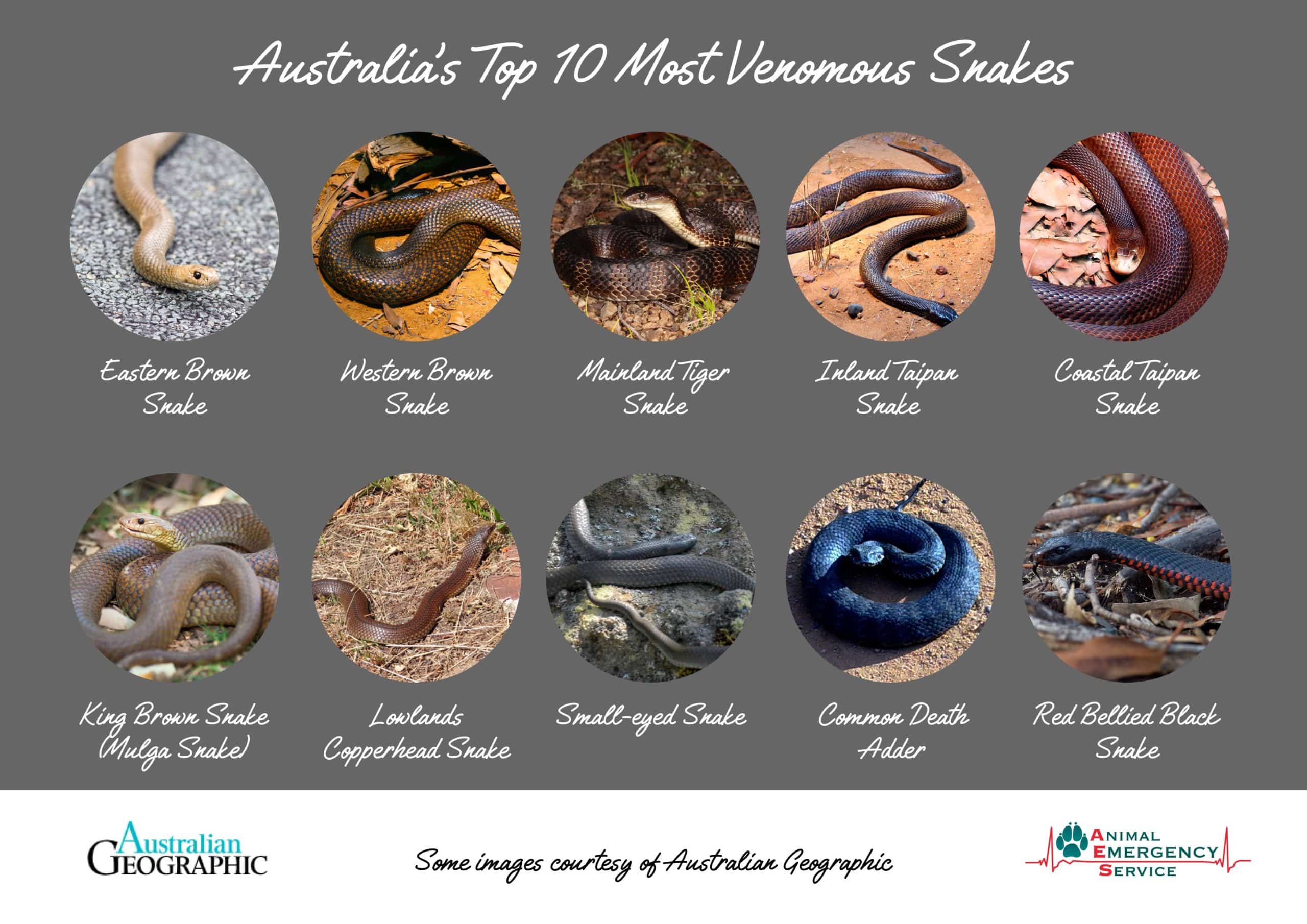 Australia has over 100 species of venomous snakes, and even though your pet may not have been bitten by one of the top 10 snakes, the impact is likely to be fatal if veterinary assistance is not sought immediately.

How much venom has been injected

It is a common myth that juvenile snakes can inject more venom than an adult snake due to not being able to control the amount of venom it releases. Similarly, an adult snake might not release a large amount of venom just because of its size. Therefore, it is impossible to know how much venom has been injected into the snake’s victim.

One of the highest recorded venom amounts at the Animal Emergency Service was 3600ug/ml compared to that of 200ug/ml recorded in humans. The only way to determine the exact venom load is to send a blood sample to a laboratory for assessment which isn’t practical considering the immediate need for treatment. Instead, your vet will perform tests to assess whether venom is present and the type of snake and dog’s response will determine the amount of anti venom required.

Animal Emergency Service treats thousands of snake bites per year. It is a common fact that the survival rate is lower the longer the time frame between bite to anti-venom administration. The reason behind this, is that the anti-venom works on unbound toxins in the bloodstream. The greater the time frame, greater portion of the toxin bound to the nerves already meaning the clinical condition of the patient will be more advanced. Our emergency veterinarians can share first-hand stories of snake bite patients who have survived despite the odds. However, patients who present to the hospital sooner often have a shorter hospital stay and higher survival rate. 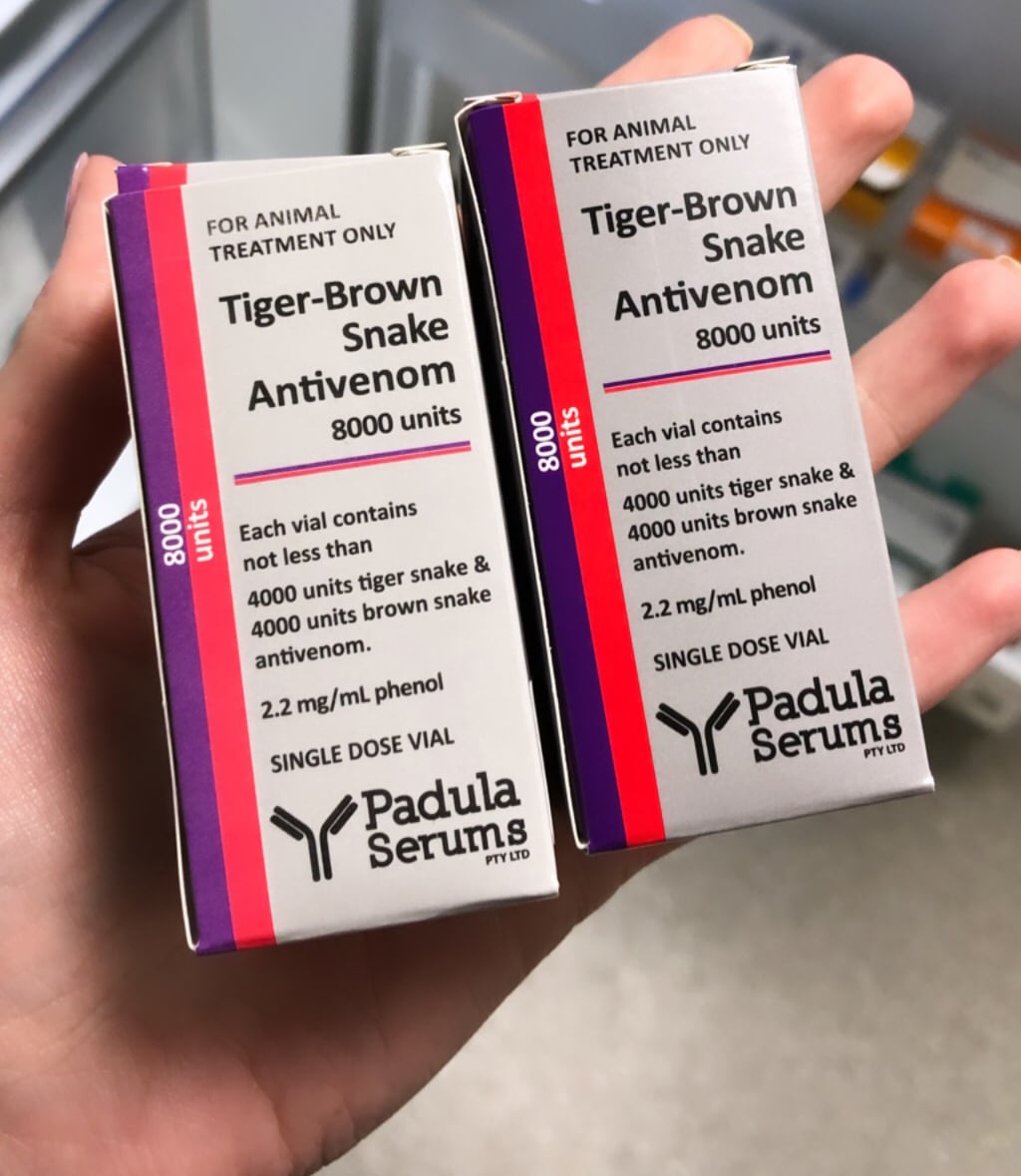 Pictured: snake anti-venom from Padula Serums, the most effective on the market today

The affect of the venom on the dog’s musculoskeletal and respiratory systems, and internal organs

Each snake breed may spur on particular types of health issues, although the signs and symptoms may be the same. For example, the black snake is known to bring about milder paralysis and coagulation issues with severe muscle injury and kidney injury; the brown snake – severe paralysis, coagulation problems, and mild muscle injury; the tiger snake is known to cause  severe paralysis and muscle injury; and the whip snake (or small-eyed snake) brings about lower motor neuron syndrome (LMS) and paresis (weakness of the affected muscles).  It is important to note that the Whip snake are the exception. It is one of the only snakes which is unable to be identified via snake venom detection kit and there is no anti venom available. Instead, the treatment is supportive care in hospital until recovery.

Upon arrival, Animal Emergency Service veterinarians will always make a list of known symptoms and perform a test on the dog to identify the type of snake, which is vital to administering the correct anti-venom.

Where can I find more information about snake bites on dogs?

If your dog has been bitten by a snake or you suspect they have, contact your closest Animal Emergency Service hospital or your local vet. 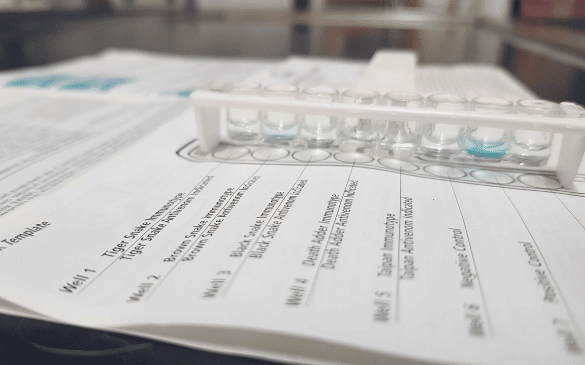 Symptoms and Signs of Snake Bites on Dogs

Without actually witnessing a snake bite your dog, or finding yourself face to face with the immediate aftermath it is often difficult for the untrained...