Share On Facebook
Share On Linkedin
Share On Twitter
Share Via Email
An Australian record has been set at our Underwood hospital, with a record breaking litter of 21 miracle puppies being born during the COVID-19 crisis. The smiles can’t be wiped off the faces of the emergency vets who performed the 7am emergency caesarian on 20 April 2020.

Although new mum Shadow has missed out on the Guinness Book of World Record title (24 born to a Neapolitan Mastiff in 2004), she has broken the title for Australia’s largest litter of puppies.

The title was previously jointly awarded to Melody the Dalmatian in Albury, and Minnie the American bulldog, both with litters of 19 puppies. 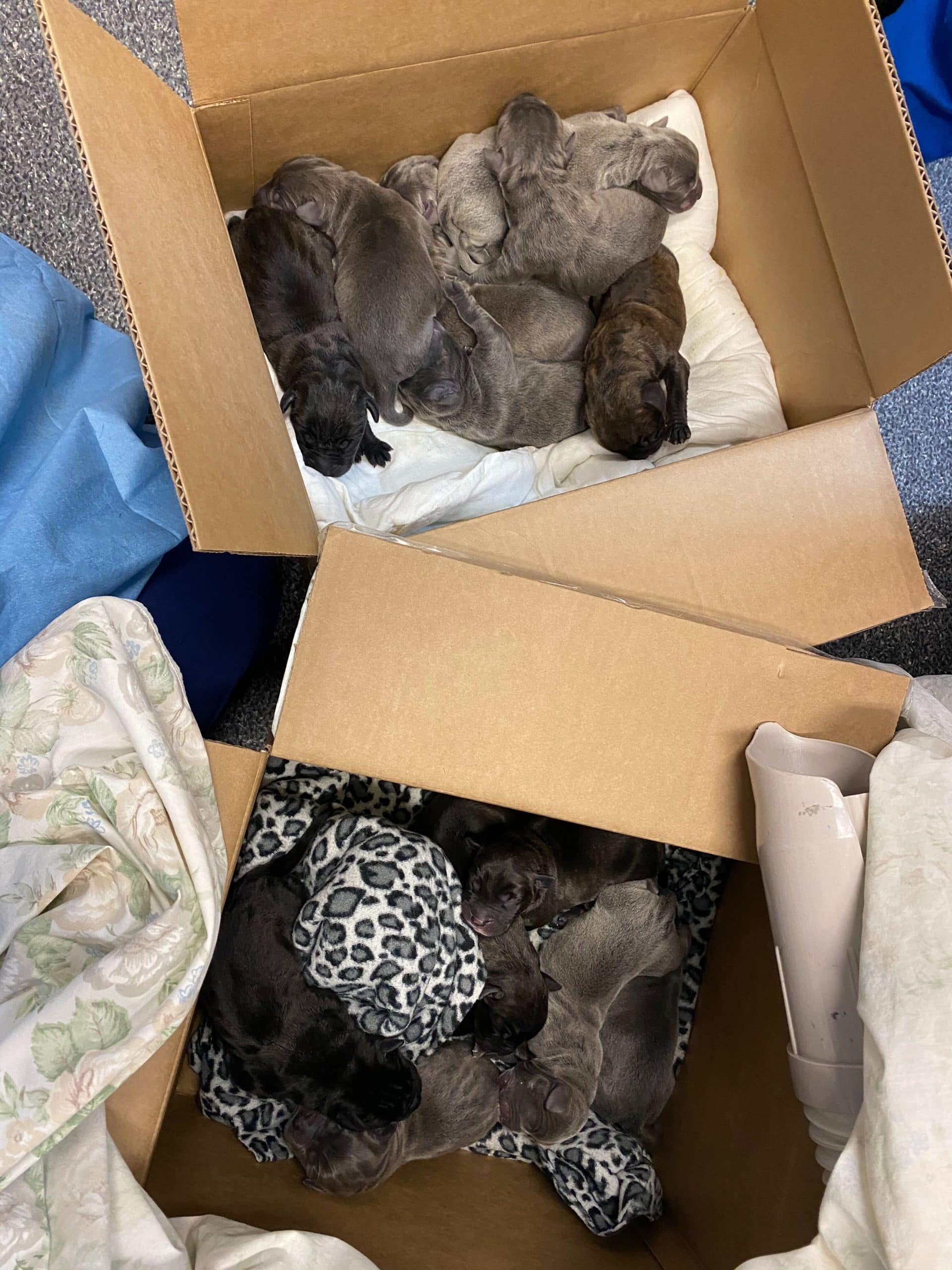 “Shadow was so flat when she arrived, and we learned from her owner she had delivered three puppies at home already. After four hours of no activity and a puppy that did’t make it, her owner brought her into us expecting the worst,” veterinarian Dr Patrycja Zimmermann said.

“We took radiographs straight after Shadow’s arrival to see if any more puppies were on the way and made the amazing discovery of 10 plus puppies inside! We quickly checked the fetal heartbeats, and were praying for the best outcome for her.”

When vets opened four-year-old Shadow’s uterus to perform the emergency caesarian they discovered an enormous amount of blood, and with her blood pressure dropping a life saving ovariohysterectomy (surgical removal of the female reproductive organs) was performed. 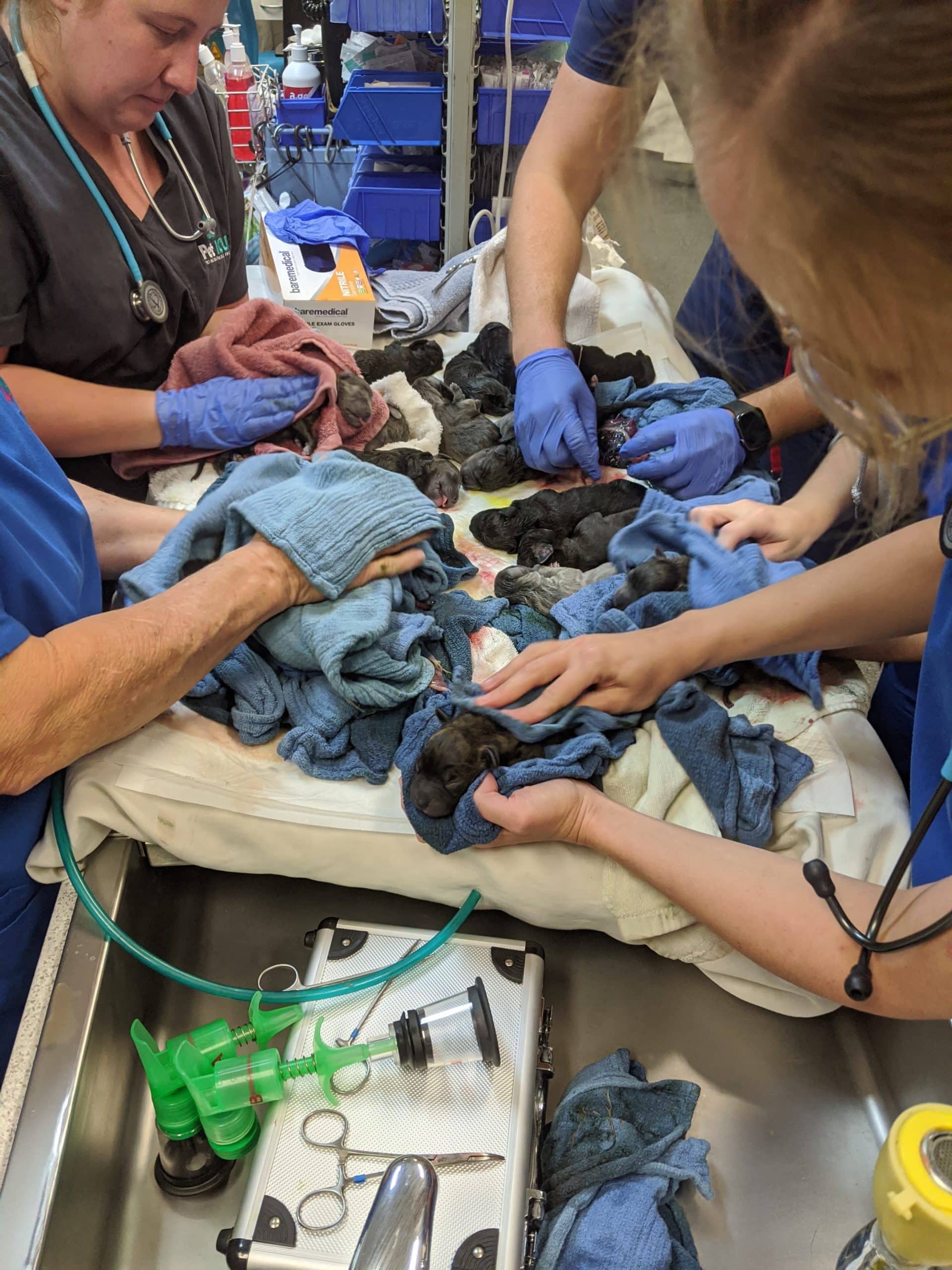 Puppies being resuscitated after birth

The birthing took a team of 10 vets and nurses who removed an additional 18 puppies from the Neapolitan Mastiff – bringing her total litter to 21 puppies.

After surgery, a team of intensive care nurses from our Pet Intensive Care Unit spent the entire day rotating the puppies for a feed from Shadow as she lay in recovery. 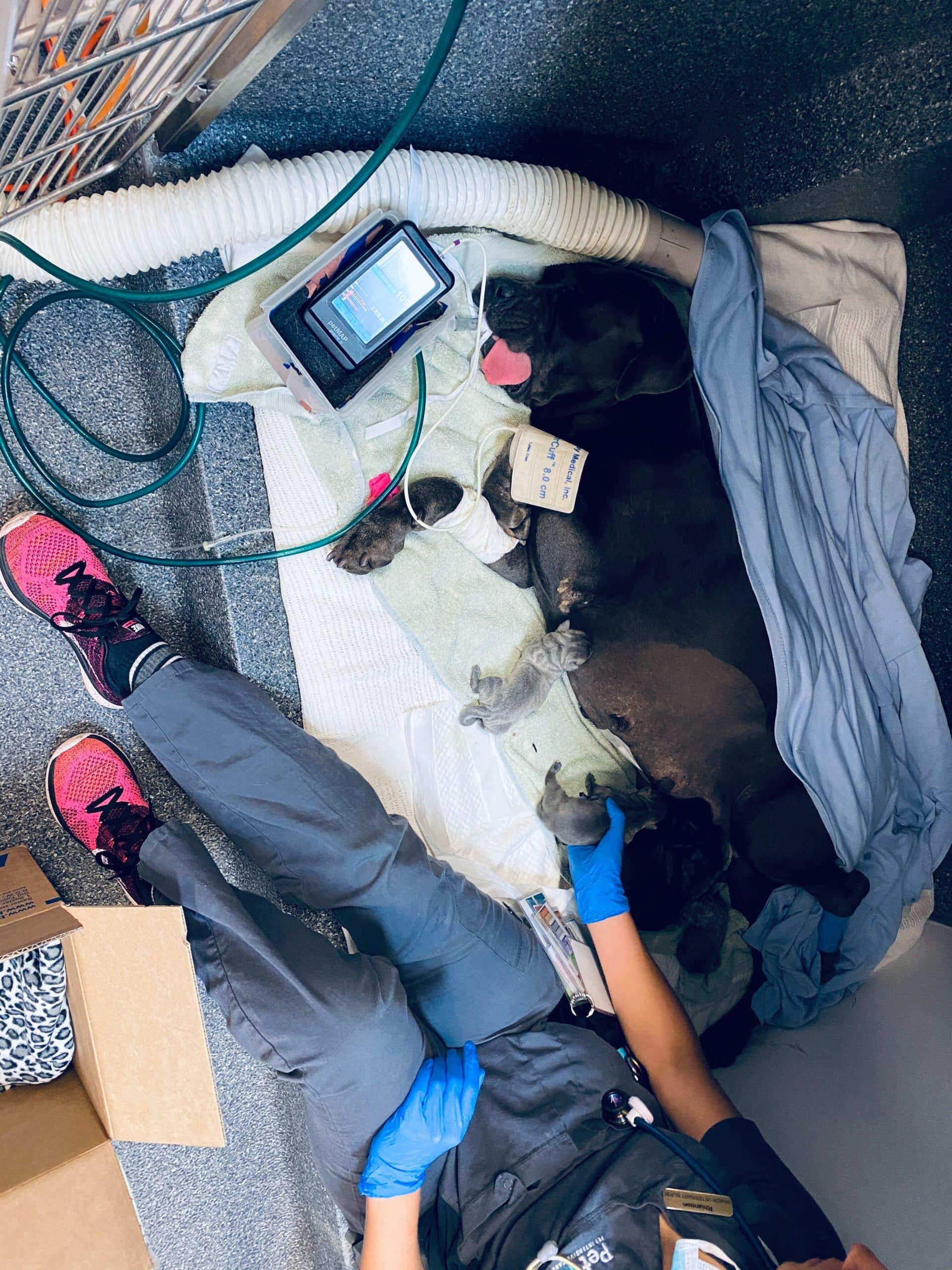 18 puppies from the litter of 21 have survived, and Shadow is making a recovery from home with her proud parents.

7News spoke with Dr Sara West, the Senior Veterinarian who looked after Shadow.

If you believe your pet is ill or injured, contact your closest Animal Emergency Service hospital or your local vet immediately. 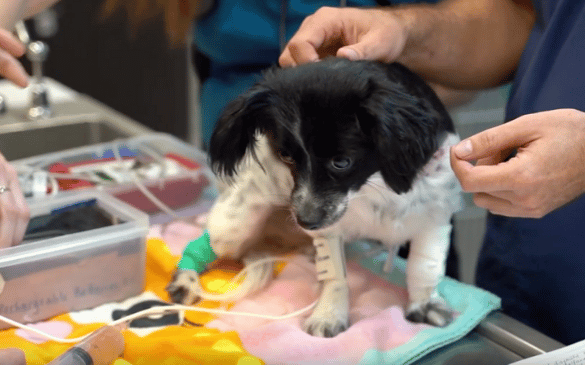 What is the best snake bite treatment for dogs?

This article contains the following information about the best treatment for snake bites on dogs: What information will my vet have about snakes?  What can...