Harry* and his daughter were out kayaking the Noosa River on Sunday (20/12/15) when they saw a pelican on the shore. They paddled over for a closer look and realised she wasn’t trying to escape their approach, which is very unusual. They could see she was unwell so they picked her up and kayaked back to their car to go in search for a vet open on a Sunday.

Lucky for “Miss Pelican”, Animal Emergency Service had recently opened at Rene Street, Noosaville. Upon presentation, she was taken straight to the treatment area for stabilisation while Harry completed a Good Samaritan Form. This form is very important because it provides contact details (in the event we need further information for her treatment) as well as the exact location she was found (for her safe return when she is well). 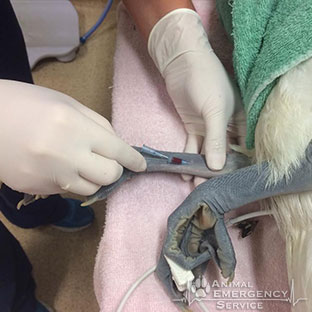 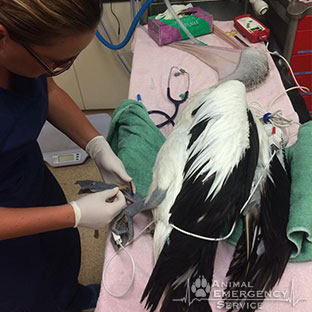 Miss Pelican was immediately given an IV catheter so she could receive anitibiotics and fluids. AES Emergency & Critical Care veterinarians were able to stablise Miss Pelican and keep her in a warm bed until a certified carer was able to coect her. Within a few hours, she was transferred to Twinnies, a sea bird and pelican rescue group.

The paperwork Harry completed at Animal Emergency Service (Noosa) accompanied Miss Pelican to her carers. We’ve received report the rescue group has been in touch with Hamish and his daughter who will be there when Miss Pelican is realeased back to the habitat in which she was found.

The team at Animal Emergency Service would like to thank everyone who takes a moment to help Australian wildlife. This includes everyone from the public who find them sick or injured, to the carers and rescue groups who dedicate their time out of nothing but kindness and love. 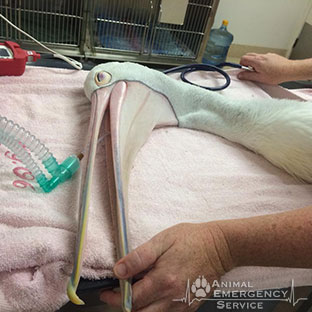 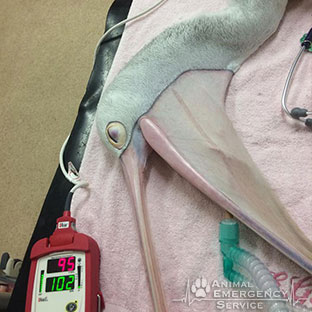 *Harry’s name was changed in this article.