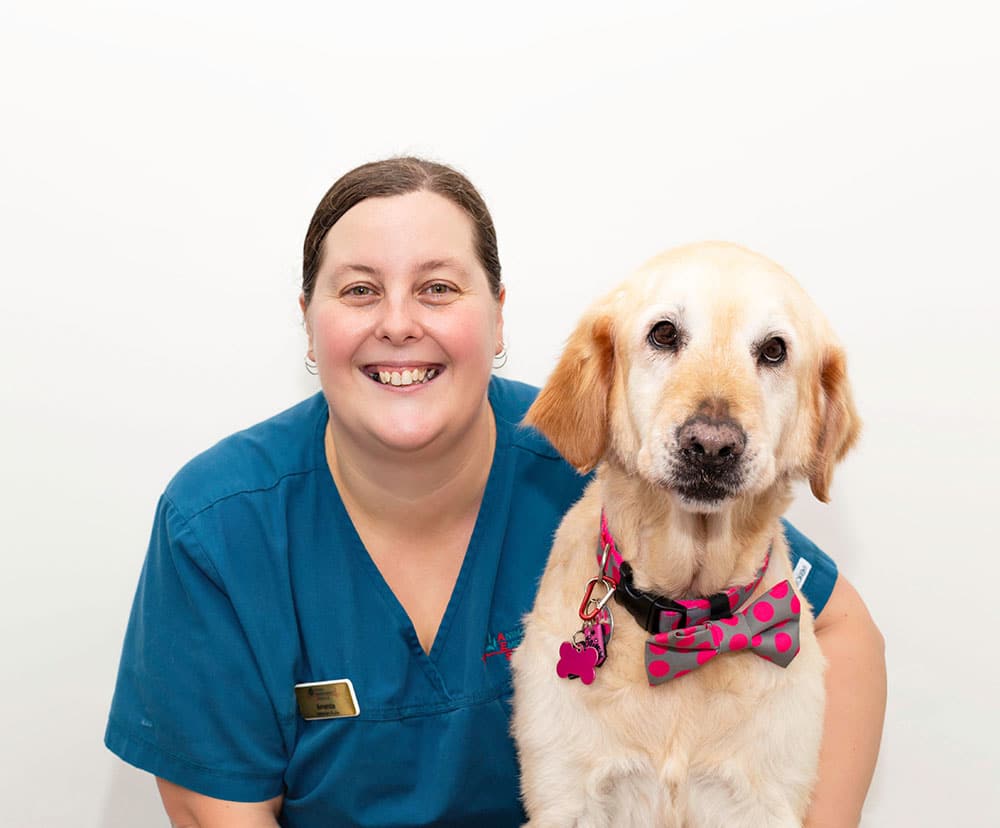 Growing up on a farm in country Victoria with cats, dogs, sheep, goats, cows, rabbits, ducks, horses, and a pet pigeon, Amanda’s career path was set in stone. She has always had a love for animals which led her to pursue a career helping them.

Amanda started her vet nursing career at the Kilmore Veterinary Practice (Victoria) right after finishing high school in 1999. After 7 years, she moved to Brisbane to be closer to family and spent the next 12 months at Greencross Woolloongabba before settling on the Sunshine Coast in 2007. Amanda worked with Chancellor Park Vet Surgery in 2007 and is still working with them as well as Animal Emergency Service.

Amana is also part of the AVA Pet Pep Program that goes in to schools and teaches students how to look after their pets at home as well as responsibilities with owning a pet. She is also a member of the VNCA.

When asked about her pets, “Well where to start! It is a little bit of a zoo at my house! Mainly strays from work that I have accumulated over the years. There is Kitty, my 10yr old black & white DSH who I hand raised from 2 days of age. Yes she was a stray from work! There is Bailey my 14 year old golden retriever who due to anxiety in her old age comes everywhere with me, This includes work. Bailey also helps me with the Pet Pep education program letting the kids brush her teeth, clip her nails, listen to her heart, and then doing some tricks for them. Then there is the four youngsters, 4 kittens rescued after the last kitten season. There is Pedro a DLH silver tabby with a bent tail. It is a birth defect. He came into the clinic with tick paralysis at just 8 weeks of age. He was treated and recovered well, but unfortunately no owners were found. So he joined the family. His sister Mittens a grey and white DMH who has folded ears, also a birth defect joined the family as well. Then there is Atom, she is Predro and Mittens half sister. She also had the folded ears birth defect. Tink is the baby of the group. She is a DSH tortoiseshell who was abandoned at 3 weeks of age. Tink was so small when she arrived she spent most of her time living in a beanie which Bailey would carry around! There is also some stray chickens, budgies and finches! You will find Alice and Rose (two of the stray chickens) sitting at the back door waiting for any opportunity to get inside!”