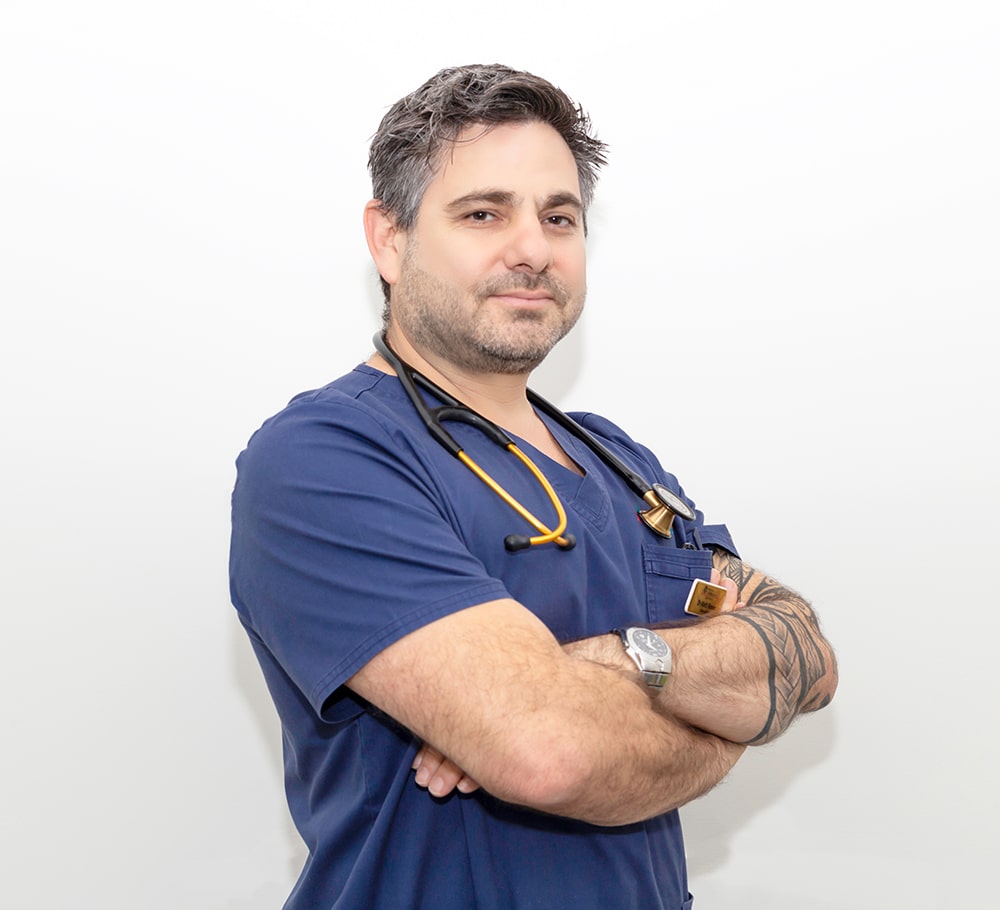 Senior Veterinarian
BSc Hons BVSc(Hons) MANZCVS (Emergency and Critical Care)
Dr Rosen graduated from Veterinary Medicine from the University of Queensland in 2005, after completing two other degrees at the same university. After spending 16 months in a rotating internship at Brisbane Veterinary Specialist Centre, he worked briefly in general practice. He then serendipitously fell into an after-hours role and has never looked back.

Dr Rosen appreciates all aspects of emergency medicine, and with the networking available between all three practices on the southeast Queensland coast, he believes that his team is able to deliver high standard emergency medicine to the Sunshine Coast.