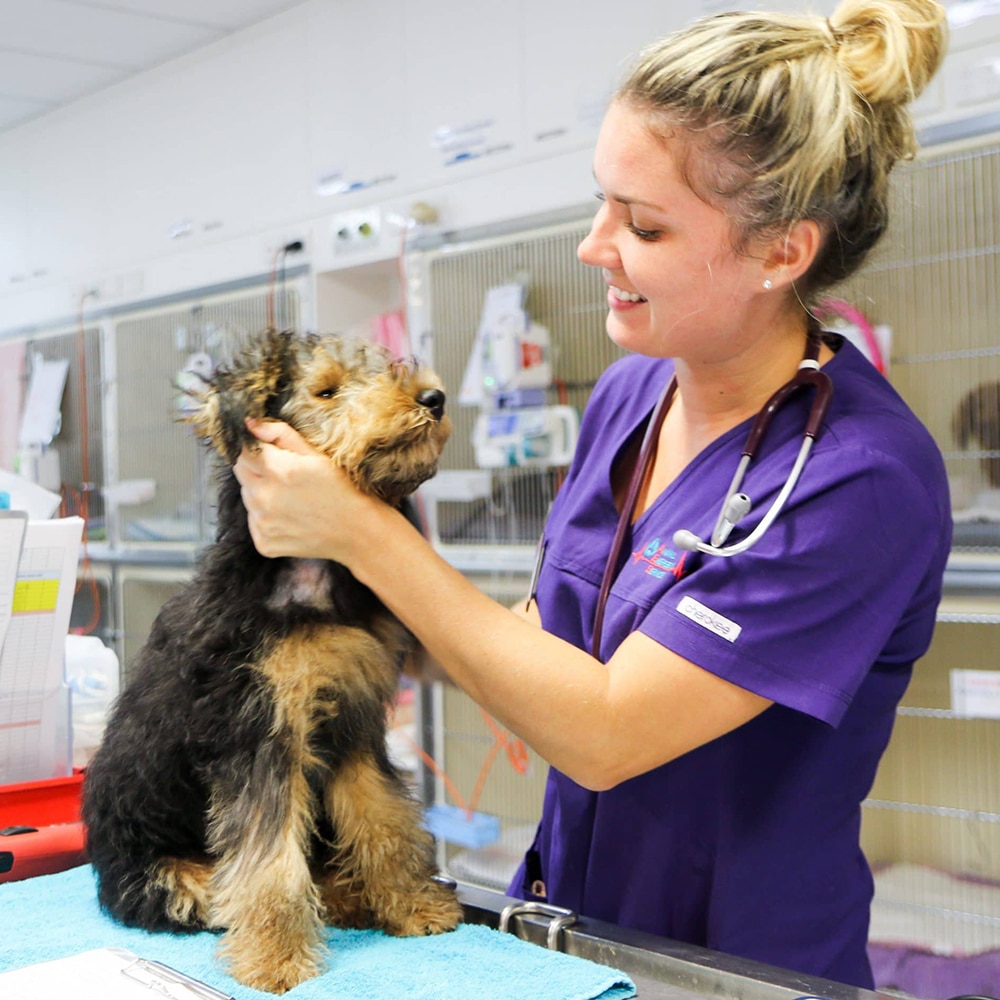 As Nursing Manager at our Carrara clinic, Erin is extremely passionate about animal emergency work. She has always had a strong love for animals and is often in awe over the bonds she witnesses between pets and their owners. It’s a fulfilling role for her – she says the highly emotional clients they work to take care of are often the most grateful. For Erin, the Animal Emergency Service has standards like no other, and one of the top reasons she works with us is because she sees AES as a forward thinking and open minded company.

Erin has countless thrilling stories to tell from her shifts in the emergency service. Above all, her most memorable was when they performed a tracheostomy on Murphy, a nine-month-old Dogue De Bordeaux, who was suffering from an anaphylactic reaction. Murphy suffered a full cardiac arrest upon arrival and was immediately administered CPR. With 16 minutes of CPR and intra-cardiac adrenaline administered, an emergency tracheotomy was performed. Murphy remained on a ventilator for three whole days, before waking up surrounded by his family. Poor Murphy woke up partially deaf and blind, and with a heart condition. But the story didn’t end there for this little (big) guy. Erin stayed in touch with his family for the remainder of his days. And fast forward to six months after he was discharged – Murphy was not only able to see and hear – he was just a normal dog and back to his old self (except for the trach – but that didn’t stop him!). He lived happily with his family until he was an old man.

What is the funniest thing that has ever happened to you on a shift?

When a patient cocked his leg outside the cage and peed all over my face.

Is there an activity you love doing with your pet?

I have one cat named Science (The Scientist). Science is not allowed outside! I also love taking friends’ dogs to the Beach in Byron.