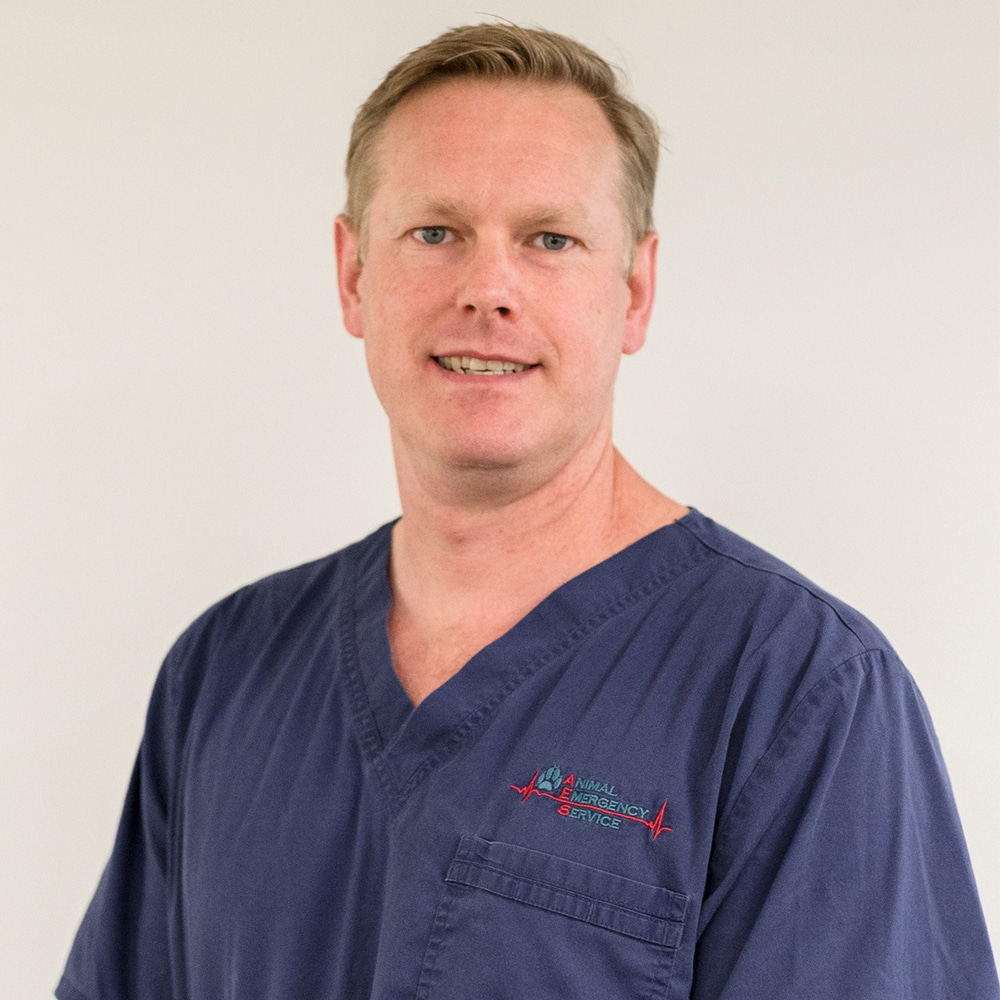 Dr Courtney Reddrop has always been interested in science. He completed a Bachelor of Biological Science with an honours year of research in Neuroimmunology. He then worked in medical research for 10 years before commencing his studies in Veterinary Medicine.

After graduating in 2009, Courtney commenced work as an Emergency and Critical Care Veterinarian with Perth Vet Emergency. He transferred to Animal Emergency Service in 2014, seizing the opportunity to move closer to his family. His areas of interest in Veterinary Medicine include polytrauma, coagulation and respiratory medicine.

Courtney volunteers his time to the veterinary profession, having been involved with the Post-graduate support scheme through the WA Australian Veterinary Association, the Animal Ethics Committee at the Harry Parkins Institute of Medical Research, committee member of the ANCZVS ECC Chapter and a regular host of a veterinary segment on local community ABC radio.

In his spare time, Courtney enjoys running, riding, swimming and climbing. He and his wife have a beautiful dog Eadie, rescued from the RSPCA. “We fostered her for 9 months and assisted her physiotherapy as she had a broken hip and leg. She had been abandoned and was definitely untrained. She now loves to play with everything including birds and caterpillars. She loves the beach but hates getting her chest wet. She has formed a big part of our family.”