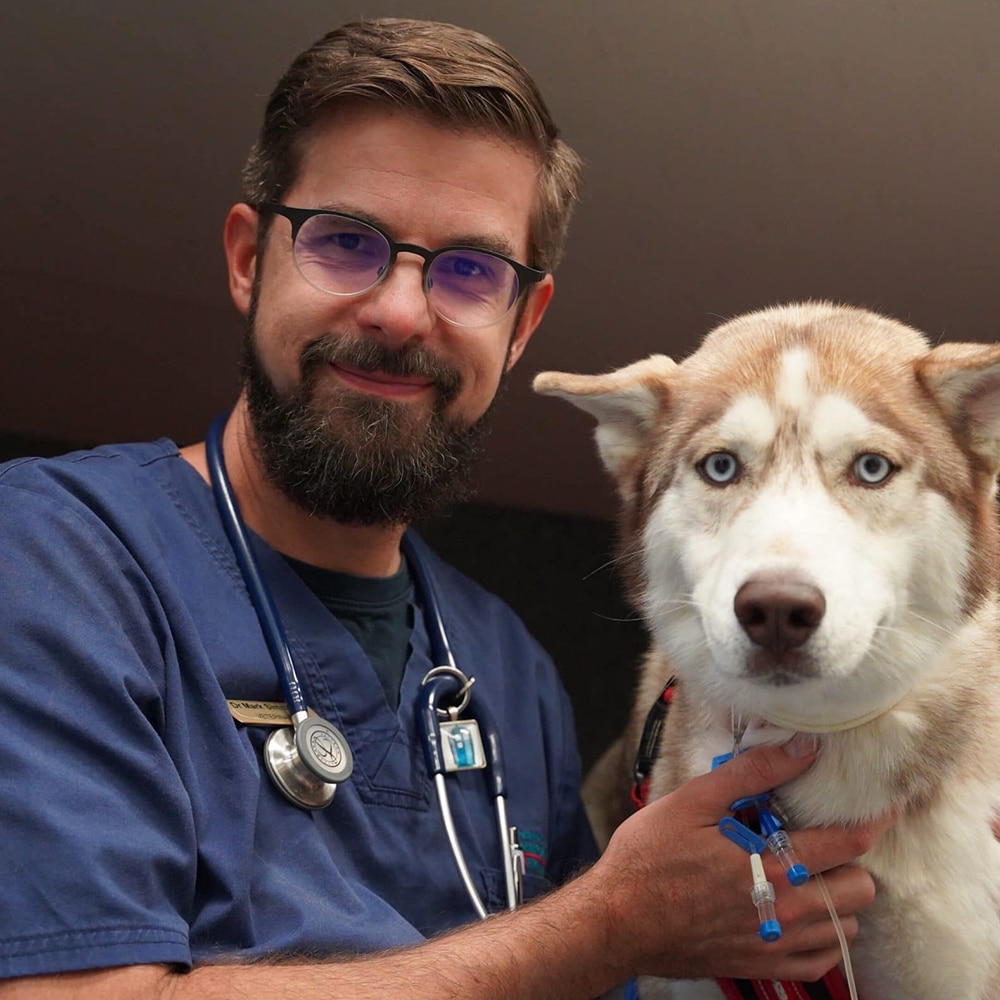 Growing up in South Africa surrounded by dogs and cats, Dr Mark Simmonds was drawn to helping animals from a very young age. But it was only after moving to Australia that he decided on a career change. Moving away from engineering, he returned to University of Queensland to study veterinary medicine. Looking for more of a challenge within the vet industry, he eventually found his way into emergency medicine.

We asked Mark about the most memorable or unusual case in emergency that he has worked on: A large bull mastiff dog had come out to the treatment area recently and it looked like he had brought his chew toy with him to the emergency room. But unfortunately for him, the hard plastic toy was stuck in his mouth and his gums were raw and bleeding from the toy rubbing on them. Luckily the toy could be removed with just the right angle and pressure. Mark says he never stopped wagging his tail through the whole ordeal.

As a veterinarian in an emergency environment, there are many thrilling cases to cross Mark’s path. One that stands out, as Mark recalls. “A young puppy was brought into AES after a day or two of vomiting and lethargy. We identified a blockage in his intestines on ultrasound and he was rushed into surgery. During surgery, we found that the intestines had inverted on themselves and cut off blood supply to a large section. Approximately 50cm of intestines had to be removed and then joined back together. After a few days in hospital under critical care he was discharged home and made a full recovery.”.

Although walks are slowing down for Mark’s dog due to a recently developed murmur, his favourite activity with his King Charles Cavalier is taking him for walks in the Toohey Forest in Brisbane’s southern suburbs.

What would you say to an aspiring vet?

Working in an emergency hospital we can see the sickest of the sick animals. One of the best feelings is when you see the pet’s and the owner’s reaction to each other when they are reunited after a successful treatment.

Tell us about why you like working for Animal Emergency Service.

Being part of the team at Animal Emergency Service is like being in a family. Everyone is willing to help each other to get the best outcome for the patient.

I enjoy doing Park Runs on a Saturday morning when I’m not working. I’m building up to running a few more half marathons again soon.