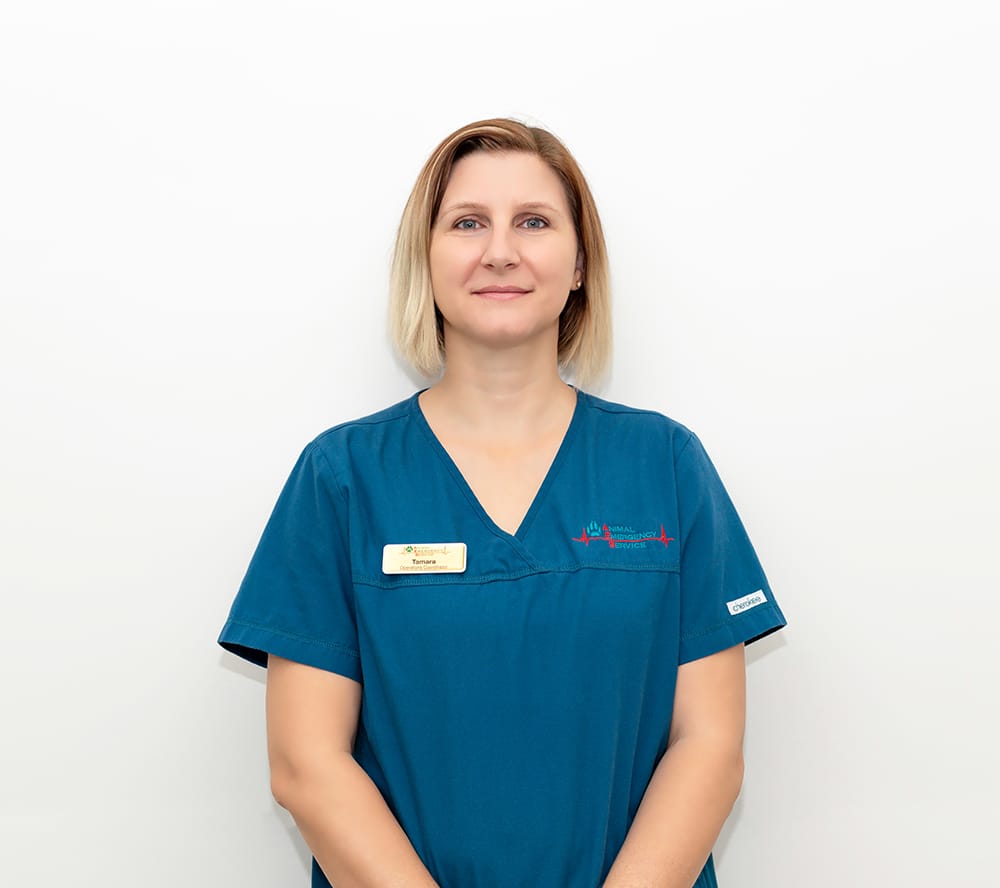 Tamara has always had a variety of animals through her life and always had an inkling she was going to work with animals. She just wasn’t sure how. Tamara completed a Wildlife Studies course which included some industry experience in a vet surgery. That was when she realized Veterinary Nursing was what she wanted to do.

Tamara moved to the Sunshine Coast at the end of 2000 and worked casually as a groomer in Nambour Vet Surgery. Early in 2001, she commenced with Currimundi Vet Surgery where her career in Vet Nursing began. In 2004, Sunshine Coast Pet ER (now Animal Emergency Service Tanawha) opening. Tamara was one of the original staff members. 11 years later she is still here and loving it. It’s herhome away from home!”

Tamara’s passionate about emergency nursing and enjoys the excitement, unpredictability, and challenges of every shift. What she loves most of all is helping patients when they need it the most. “It’s the best feeling seeing them go home recovered with their family. She enjoys the administrative aspect of her position that allows her to interact with both patients and their owners.”

Tamara loves the “awesome team environment” at AES. “We support each other during difficult times and cases. We have great equipment and training so we can provide the absolute best care and service to our patients and clients.”

Tamara is a VNCA member and in her spare time, she likes to hang out with her young family. She also likes to keep fit by doing Crossfit, cycling and running. She’s a bit of a sucker for anything that’s a bit adventurous or challenging. Her 2 cats, as well as her German Shephard, are also part of Tamara’s little family.